Our new deep-dive analysis of people's experiences of healthcare communication is a stark reminder of why NHS England and the 42 new Integrated Care Systems need to ensure services abide by the Accessible Information Standard. 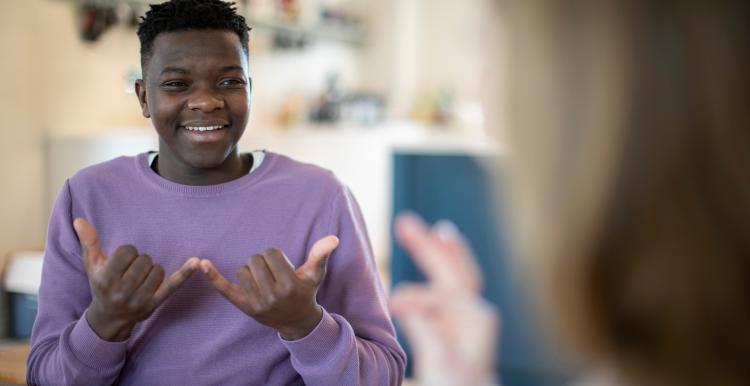 Today, we've published new findings, which show services are failing in their legal duty to provide accessible information for people with physical and learning disabilities.

As part of the Your Care, Your Way campaign, between March and May 2022, we carried out an online survey of 605 people affected by communications challenges. Whilst the survey participants were self-selected, their views are likely to reflect those of a significant group of people who need communications support.

We found that one in four respondents (28%) – including deaf, blind and with learning disabilities – said they had been refused help when requesting support to understand information about their healthcare. This included information being provided in formats such as Braille, British Sign Language and easy read.

Not being given information in the right format affected people’s mental health and wellbeing (38%), meant they missed out on important information about their health (29%) or meant that they could not contact a service they needed (27%).

Respondents also reported that the quality of communication from NHS and social care services had worsened over the last two years. Two-thirds (67%) felt that the way health and care services communicate with them had gotten worse or slightly worse over the course of the pandemic.

Impact on people who have mental health conditions

It is not just people with sensory impairments or learning disabilities who are affected by this issue.

A fifth (22%) of those who reached out to Healthwatch to share their experiences identified themselves as having a mental health condition, such as depression or anxiety.

Of these people,35% reported they rarely or never get the support they need to understand healthcare information or communicate with staff. The majority of them (70%) also said that the lack of information in a format they could understand further impacted their mental health and wellbeing.

The findings come as NHS England (NHSE) is conducting a review of the Accessible Information Standard (AIS). The Government created this legal requirement in 2016 to ensure all publicly funded health and social care providers meet the information and communication needs of people who are deaf, blind or have a learning disability. Publication of this review is expected later in the year, with updates to be implemented by April 2023.

Earlier this year, we uncovered that many health and social care providers significantly failed their duty to ask about people’s communication needs and then act on this information.*

We joined forces with leading disability organisations, including RNIB, RNID, Mencap and SignHealth, to inform the long-awaited review of the AIS. The coalition called on NHSE to take on board their recommendations, including stronger accountability across services to protect people’s rights to accessible information.

“Our findings are a stark reminder that some of the most vulnerable people in our society are still excluded from access to healthcare because they communicate in British Sign Language or they need information in visual formats. And this is despite the fact that their rights to accessible information are protected in law.

“If people cannot get information about their healthcare they understand, this can have a significant impact on their mental health and can lead to them missing doctor’s appointments or taking the wrong medication, putting them in danger.

“As we are waiting for the review of the Accessible Information Standard, we strongly advise that NHSE and the newly created 42 integrated care systems ensure equitable access to healthcare for everyone.”

If people cannot get information about their healthcare they understand, this can have a significant impact on their mental health and can lead to them missing doctor’s appointments or taking the wrong medication, putting them in danger.
— Louise Ansari, national director at Healthwatch England

Trina, 65, from Cromford, Derbyshire, was diagnosed with post-traumatic stress disorder a few years ago and suffers from anxiety. As a result, she often gets overwhelmed with the amount of written information she receives from health and social care services. She said:

“I find written information overwhelming. There are too many words, too much jargon, those big fancy words, which I don’t understand. I would really benefit from having letters from health and social care services in an easy read format. This means fewer words, information broken down in chunks and to the point.”

“When I’m asked to go online to get some information and advice, there are just too many options to choose from. Being asked to use services online stresses me out.”

She told us that anytime she speaks to various services, she needs to tell each about her condition all over again.

“Services are not joined up. They don’t seem to have records of my conditions and my communication needs. This lack of joined up support also takes a toll on my mental health.”

Read our findings in full

Find out more about the results of our accessible information survey.

Your Care, Your Way

Whether you use or work for health and care services, you can play your part in helping to ensure people are given healthcare information in the way they need it.

Find out more about our campaign 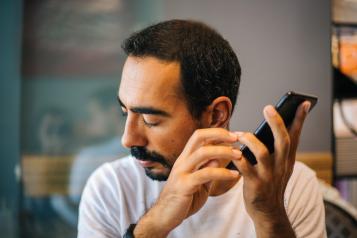 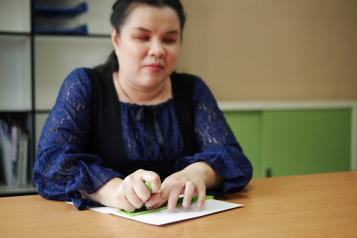 Accessible Information Standard – our recommendations
As part of our 'Your Care, Your Way' campaign, we have set out five headline recommendations to help health and care services ensure that people who have communication needs are given their healthcare information in the way they need it.
23 February 2022
News