Consistency: The key to better care for people with heart and lung conditions | Healthwatch
Skip to main content

One man shares his views about what’s needed to improve support.

A man who suffered four cardiac arrests and stopped breathing 22 times on the operating table has shared what he thinks the NHS needs to do to make care better for people with heart and lung conditions.

68-year-old John says his experiences of healthcare services in Gloucestershire made him want to improve NHS local NHS. The former IT project manager is now urging others to do the same.

The NHS wants to make care better for people like John. Improving prevention, diagnosis, early treatment and rehabilitation for people with heart and lung conditions is one of the central aims in the NHS Long Term Plan. Local NHS services now need to hear from their communities about the changes they’d like to see implemented.

What would you do to make care better for people with heart and lung conditions?

The regular turnover of GPs at my local practice means that I have no real continuity of care - having to explain anything that is not on the computer records, time and time again, is tedious and wastes valuable consultation time.

“I suffered a heart attack in 1998 that damaged my heart muscle, this was followed by an episode of bradycardia that left me with minor brain damage – mainly affecting my memory.

“Shortly after this I had an operation to remove a grossly enlarged thyroid gland and during this I suffered four cardiac arrests and stopped breathing 22 times. This led to further minor brain damage, the effect of which is that I lost most of my mid-term memory and my short-term memory is still patchy.

“I was diagnosed with ME after five years of tests, and a few years later I was diagnosed with Type 2 Diabetes, which is now controlled well by multiple daily insulin injections. I had a second heart attack in 2012, luckily it was treated promptly and insertion of a couple of stents in my cardiac arteries sorted me out.

“My GP (now retired) used to call me his miracle patient as most other patients who had a similar history are dead!”

John has been a regular user of local GP surgeries and hospitals due to his health conditions.

“The regular turnover of GPs at my local practice means that I have no real continuity of care - having to explain anything that is not on the computer records, time and time again, is tedious and wastes valuable consultation time.

“That said, they did save my life when I had the episode of bradycardia.  My medication is managed well and they carry out regular blood tests to ensure that I am functioning as well as I can.  I also have regular health checks for my diabetes and heart condition.  My diabetes is also monitored by regular consultations with a consultant at Cheltenham General Hospital.

“For me personally, I would like to see more continuity of GP care enabling a real two-way relationship to be established with a named doctor. Provision of more support for ME/CFS in Gloucestershire, rather than relying on the Bristol-based team and better care for dementia sufferers.

“I would say that the cardiac rehab courses offered by Cheltenham & Glos hospitals are excellent, however they do need to be able to tailor the exercise components to allow those with mobility issues and other chronic conditions to take part.

“Also, the on-ward care at the Cheltenham General Hospital Cardiac Unit is superb and is provided by dedicated compassionate and caring staff. By contrast, when transferred to Bristol for a procedure the care was professional but it felt like you were just a bed number.

“This is almost certainly due to the high throughput of the Bristol cardiac unit. Finally, some patients feel afraid and unsafe when they complete the rehab course, some ongoing support would help. Ideally in the patient’s own home.”

Share your views about what would make support for people with heart and lung conditions better where you live.

What would you do to make NHS services where you live better?

Complete the survey and have your say. 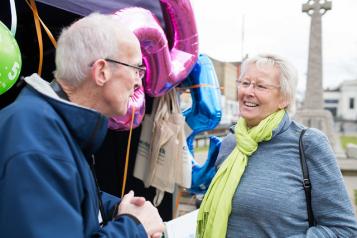 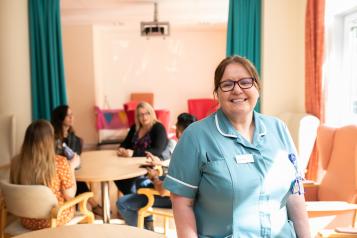 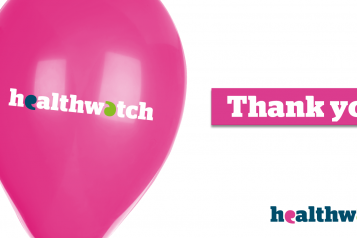 Thank you: Over 18,000 people say what they think would make the NHS better
Thousands of people tell Healthwatch how they want local health services to improve.
8 May 2019
News