New research indicates spike in emergency readmissions to hospital over the last year. Our report calls on NHS to fix the data gaps to help understand why.

Hundreds of thousands of people are having to go back into hospital within 30 days of being discharged, but a lack of data means the NHS is not analysing the reasons why.

Not every ‘emergency readmission’ can or should be avoided. Hospitals sometimes plan more, but shorter, stays in hospital based on people’s individual needs and the services available in the community.

However, we know from the stories shared with local Healthwatch that people are having to be rushed back into hospital for complications which could have been avoided, especially when it comes to elderly patients and those receiving end-of-life care.

Read the report in full

Take a closer look at our analysis of emergency readmission data.

What does the data tell us?

Research we have conducted for the second year in a row shows that the number of emergency readmissions is continuing to grow and is rising faster than before.

The number of cases is also rising faster than the overall rate of admissions, suggesting this is about more than just the general increasing pressures on the NHS.

With the NHS making no visible progress on publishing national-level data, we asked 125 hospital trusts to provide a day-by-day breakdown of their individual emergency readmissions data for each of the last five years.

In total 70 trusts responded with usable data providing a view of over half of hospitals across England.

The limitations of the data provided by hospital trusts makes it impossible for the NHS to distinguish between:

The headline findings are broadly in line with the trends we identified in last year’s report. However, the last 12 months stands out with a reported rise of 9.35 per cent compared with just 0.1 per cent the previous year.

During the same time period, the number of overall admissions to the 70 hospitals actually fell by 0.42 per cent.

Not every readmission is the result of a poorly managed discharge but such a significant rise over such a short timeframe raises important questions. Yet the lack of data makes it difficult to build a comprehensive picture of who is being affected and why they are coming back to a hospital.

As part of the analysis this year we looked to see if the increase was linked to efforts to get people out of hospital faster and free up beds, which have seen the number of bed days lost due to delayed discharges fall by 28 per cent.

While people continue to tell local Healthwatch distressing stories about feeling rushed out of a hospital, the data shows no overall correlation between rising emergency readmissions rates and the fall in delayed transfers of care. A significant achievement given the challenges facing health and social care services.

Last year, we undertook this data collection and analysis because no official national dataset for emergency readmissions has been published since 2012-13.

After raising concerns with the Department of Health and Social Care, in March 2018 we secured a commitment from the Government to work with NHS England and NHS Digital to start publishing the data again. However, progress since has been slow.

A range of external organisations including the British Red Cross, Nuffield Trust, Health Foundation, the National Audit Office, the CQC, and the Public Accounts Committee have all helped to focus attention on this issue since.

We are calling for renewed efforts by NHS to improve the data they collect and make sure it is used to reduce avoidable readmissions.

The fact that emergency readmissions are growing without the causes being properly understood is troubling.

Commenting on the findings, our Chair Sir Robert Francis said:

“By working together, the NHS and councils up and down the country have achieved what many would have thought impossible 12 months ago. The data suggests they have managed to reduce the numbers of people delayed leaving hospital by over a quarter, freeing up almost 150,000 bed days but not at the expense of patient safety.

“This is a real accomplishment and should be applauded. After all, getting people home quickly and safely from hospital is in the best interest of patients and families as well as health and care services.

“But the fact that emergency readmissions are growing without the causes being properly understood is troubling, and is seriously compromising the ability of staff to learn and fix any underlying problems.

“We know that the way care is delivered is changing, which may mean the increases as a whole aren’t inherently bad. But for those subjected to an unplanned and unnecessary return trip to hospital it can be a deeply distressing experience.

“Those who have shared their stories with Healthwatch do so because they want the NHS to be able to learn and improve. It is our job to make sure this happens, to be persistent and in this case ensure the Government and NHS fulfil their commitment to start publishing a new and improved dataset to support learning.

“This is not just about collecting the data, it is about using it too. We need the NHS and social care services to be tracking and analysing data that tells us about people’s experiences of the system as a whole, not isolated services.”

Read more about our analysis of hospital emergency readmissions data.

Government listens to our concerns about rising emergency readmissions
In January, we highlighted six key areas to the Government for NHS England to focus on over the next year. Find out how these issues will be addressed through the NHS Mandate.
20 March 2018
News 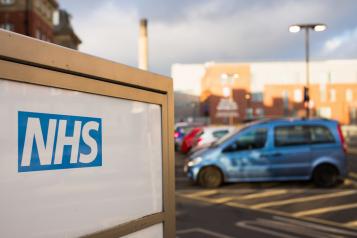