In the last 12 months local Healthwatch have been out in their communities putting on engagement events in libraries and supermarkets, visiting health and care facilities and running public surveys

Collectively they have spoken with / heard from an estimated 300,000 patients, care users and members of the public and have conducted more than 600 formal ‘Enter & View’ visits to hospitals, GPs and care homes. This is a 300 per cent increase on the previous year.

Nine out of ten local Healthwatch report that providers and commissioners are now starting to take on board the wealth of evidence they have collected and are not just listening to but also acting on their recommendations on a range of issues – from addressing physical access issues for those with disabilities to ensuring patient’s discharge plans are being properly discussed.

For example, Healthwatch Barnet have conducted 30 ‘Enter and View’ visits this year to ask care home residents about their experiences, with 87 per cent of providers taking action on at least one user led recommendation and a third of providers taking action on five or more. Points raised included poor signage in care homes which make them disorienting places, as well as issues with access to information about how to complain about poor quality care.

In other areas like Blackburn, Bradford and Redbridge, local Healthwatch have been training volunteers from seldom heard groups such as those with learning disabilities and members of the deaf community to assess patient experience from their point of view – highlighting problems previously going unnoticed.

This activity has in places uncovered shocking treatment of patients, including:

However, the majority of what local Healthwatch found relates to how the NHS and care services can improve basic consumer experience.

Common issues that came up were:

Local Healthwatch have been sharing their findings with local providers and commissioners, and have been using their seats on local health and wellbeing boards and overview and scrutiny committees to challenge them to respond.

This has resulted in numerous changes at local level, particularly around increased training for staff, improved information for patients on how to access certain support and agreements to review policies. Crucially the evidence collected by local Healthwatch is also starting to inform the work of the CQC, helping inspection teams to target and prioritise which services to inspect next. 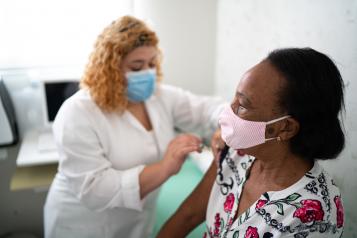 Tackling unfair health differences will need those in power to listen
In our annual report to Parliament, our Chair Sir Robert Francis QC reflects on the role the public can play in tackling the challenges brought about by COVID-19.
1 March 2021
Blog 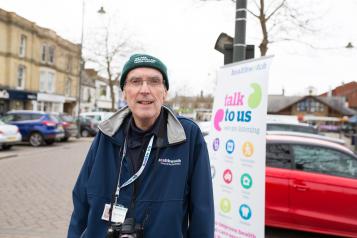 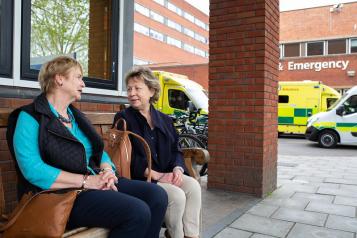