Mental health and the journey to parenthood: Maria and Simon's story | Healthwatch
Skip to main content

Maria faced a number of challenges as a new mum both during and after her pregnancy. The focus from staff on her weight, a history of depression and anxiety, and the mental health challenges her partner, Simon*, faced all led to a feeling of failure. 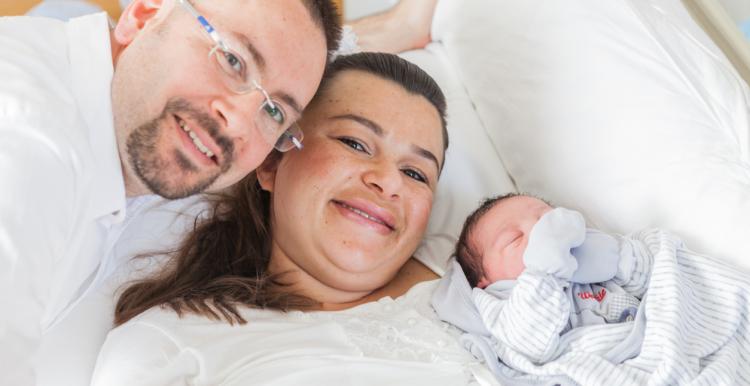 Staff said things like ‘There’s so much fat I can’t see anything’. I felt like my body wasn’t letting them do their job; that I was the first fat person ever to get pregnant. I felt like a freak - do people my size not usually manage to carry babies? I often left in tears.

After years of uncertainty about whether she could conceive, Maria* was delighted to discover she was pregnant with her daughter. She explains how too much focus from staff on her weight, a history of depression and anxiety, and the mental health challenges her partner, Simon*, faced affected her as a new mum.

“It took us five years to conceive. For a long time, I didn’t think we could have a baby as I have polycystic ovaries, a high BMI and a thyroid problem.

I found a really helpful GP who sent me to a specialist, but they said they couldn’t help me because of my weight (I’m a size 22-24). They said I had to lose weight and then come back, but then we conceived on our own.

We started having appointments for scans etc. and it just wasn’t a supportive environment. I left quite a few appointments feeling shamed because of my weight, and scared about what might happen. I wasn’t managed in a way that made me feel like we’d actually have a baby.

The staff were quite rude to us at my anomaly scan. They said things like ‘There’s so much fat I can’t see anything’. I felt like my body wasn’t letting them do their job; that I was the first fat person ever to get pregnant. I felt like a freak - do people my size not usually manage to carry babies? I often left in tears.

I was referred to a clinic to help me keep my weight down in pregnancy and manage my food and nutrition. When I got there the receptionist said, ‘Are you here for the obese mums’ clinic?’ I didn’t know that’s what it was, and I found it so patronising because I know what to eat. I actually lost weight during pregnancy and was doing well on my own.”

“I had depression about a decade before I got pregnant; I felt suicidal and was on medication. I’ve been fine for many years now, but have always had anxiety. I told my midwife and my doctor that I’m an anxious person – I worry about every little thing and want to do everything right – but I don’t feel that was ever respected. They didn’t speak to me in a way that put my mind at rest.

I said at my booking appointment (when you first go to hospital to say you’re expecting a baby) that I had a history of mental health issues. They told me there might be support available for me, but it was never mentioned again.”

They told me there might be support available for me [for my mental health], but it was never mentioned again

Too much focus on weight, not enough on needs

But then at my 37 week appointment they said they thought I would have a big baby, so they wanted to do a sweep. I was in pain after that and started losing my waters.

I was induced at 42 weeks and was given a pessary, but because my waters had gone I had a bad reaction to it. If I hadn’t been plus size, I don’t think they would have given me the sweep so early on that made that happen.

Labour wasn’t what I wanted it to be. I wanted to be active and moving around, but I couldn’t. I ended up having a c-section because I wasn’t progressing.

I was in quite a bad way when I was heading into theatre, I panicked and thought my partner wouldn’t be allowed in with me, so I was shaking uncontrollably, The anaesthetist said that if I didn’t calm down they would have to put me under.

They put me on a huge bed, designed for somebody who’s morbidly obese. It really wasn’t necessary, I can fit on a normal bed. It felt a bit over the top and embarrassing. The mattress was really noisy and constantly moving (to prevent bed sores) I couldn’t sleep or get comfortable. It all made me feel shamed and embarrassed.”

Anxiety as a new mum

“After our baby was born, I felt a normal level of tired, and a bit detached from my daughter as I wasn’t sure it was all going to be OK. I think I hadn’t really believed we would get to have a baby, so it took me a while to adjust to the fact that we had.

I struggled with breastfeeding, so we ended up doing combination feeding (breast and formula milk). It got me down and made me feel like a failure, as I assumed I would be able to breastfeed her. I was sore from the c-section and still needed pain killers, and I’d also hurt my shoulders in bed, so it was a lot to manage.

The day we brought our daughter home my partner found out he was at risk of redundancy and there was a 50% chance he would lose his job. It had a huge impact on his mental health, and it affected me too.

I became paranoid and fearful about the future. About a month later I started feeling convinced that he was going to die.

He’s always had a skin condition on his hands and I was convinced it was a sign of cancer. I would stay up at night crying and googling it and not tell him what I found.

I didn’t ask for help. What helped was I had a skin tag under my eye removed and I asked the GP to look at his hands and he said it was fine and put my mind at rest.”

The impact of a partner struggling

“My partner really struggled with his mental health and it definitely strained our relationship. I felt unsupported, he was sleeping a lot, he wasn’t helping as much. He didn’t seem as excited about the baby as I thought he would be. He’s always been an amazing, natural dad from the start, he has so much love for her, but there would be moments when I’d see him staring into space and that would upset me.

He recognised that he had a problem and he did CBT (cognitive behavioural therapy) and started taking medication and now he’s so much better.”

Have you been affected by this story?

If the content of this story causes you to think of anything that has happened to you or someone you know and you feel upset, worried or uncomfortable, please see the Maternal Mental Health Alliance's support page for a list of services who may be able to help.

“I’ve had anxiety for a long time but it’s been at a manageable level. I found antenatal classes really helpful, and hypnobirthing was good for us both.

When we came home from the hospital, my partner was immobile from the c-section so I had to do so much. You go from zero to a hundred miles an hour. I’d had no sleep in hospital.

Our daughter was born on a Saturday, we came home on the Monday night and on Tuesday I got a call to say I was at risk of redundancy. It was the worst possible time to get that call. It turned out OK in the end but was really worrying.

As well as the general lack of sleep and having to do so much, my mental health was getting really bad, every little thing was worrying me and I was beginning to become paranoid.

You’re so busy cleaning and sorting things out that it’s hard to think about how you’re feeling.

My daughter was over one year old by the time I sought help. We had to take her to A&E when she was very ill with Streptococcus and it really freaked me out and my mental health got worse and worse.

When I first went to the doctors for help they did an EGC on my heart and then called me back in urgently and said it was like from someone who’s had a heart attack. It turned out to be fine, just a glitch, but still a very worrying time when I thought there was something wrong with me.

The doctors put me on Propranolol and then Citalopram and I did CBT, which helped.”

The changes Simon would like to see made for other parents

Read the report to find out what thousands of people told us about their experience of maternal mental health services and what service can do to improve.

#SpeakUp2020 - How would you improve mental health services?
We all love the NHS, but it can’t improve without our help. That’s why we’re asking people to share their experience of services, so care can be made better for everyone.
14 January 2020
Blog 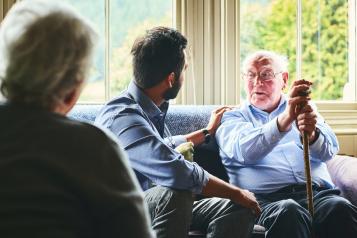