Our latest findings show many people continue to struggle to access or afford NHS dental treatment. 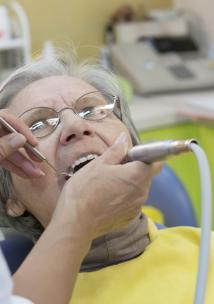 Since the start of the COVID-19 pandemic in 2020, we have seen an increase in the number of people sharing their experience of trying to access NHS dental care. We have also seen the proportion of positive feedback about dentistry fall sharply.

In December 2020, we published a report outlining the impact COVID-19 has had on people’s dental care. This update:

January- March 2021: Feedback to us on NHS dental care

Access to NHS dentistry continues to be the biggest issue for most people who spoke to us. Common challenges people face include finding an NHS dentist to register with and a long waiting time for treatment.

Caller is 24 weeks pregnant and have a broken and infected tooth. They have tried to register with many dentists in Watford but have been rejected by all of them.
— Healthwatch Hertfordshire.

People have also told Healthwatch about the different ways that access issues during the pandemic can affect them:

Disrupted care has been an issue throughout the pandemic. People have been asked to wait from anywhere between a few months to a few years for NHS dental appointments.

Many people have reported that even though they booked  appointments, they were cancelled, meaning people cannot complete their treatment, such as root canal surgery. Others have found that when they have tried to book a dentist appointment, they have been removed from their practice list.

People have felt pressured to go private, as dentists have said they couldn’t provide NHS treatment but could if people were willing to pay private fees. This was especially difficult for those on low incomes, those who lost their jobs during the pandemic, and people who faced having to afford private care for their whole family.

I have had a problem as I lost a filling and now the tooth has completely broken off. Although no in pain, it’s making it difficult for me to eat. My dental practice has told me that they only have appointments for serious cases. However, the same practice is sending me emails encouraging me to pay for private treatments.
— Story shared with Healthwatch Bristol

Being left in pain

Being unable to access care or having it delayed has left people with pain, swellings, and broken teeth, fillings and dentures. People have also reported being unable to get preventive care, leading to worsening dental problems and sometimes tooth loss.

Some people said they were given antibiotics to help manage their pain which provided temporary relief but could later lead to reinfections. Other individuals have told us that they have had to self-medicate.

I have been trying to get a dentist for three years, last week I ended up in hospital for three days because I had severe pain and could not find a dentist for emergencies or otherwise to fix my teeth. I ended up taking too many paracetamols and had to go to A&E on the advice of NHS 111. I end up being on a drip for 36 hours and have finally come home. I still do not have a dentist and I am still in pain.
— Story shared with Healthwatch Suffolk.

The access and affordability issues people have told us about are often made worse by incorrect information:

As well as looking at the stories shared with Healthwatch, we also commissioned a separate poll of 2,019 adults, looking at people’s experiences of NHS dentistry during the pandemic and how it has impacted their future habits1.

The poll found that most people (61%) feel that NHS dental treatment charges are expensive.

However, over a quarter (27%) of respondents said they either struggled to pay or avoid dental treatments altogether because they cannot afford the costs.

People who took part in the polling from lower socio-economic backgrounds were most likely to agree that they avoided dental treatment due to affordability issues.

About one in three people (30%) reported they felt pressured into paying private fees to get all the dental treatment they needed. And nearly two in five (39%) said that they had been charged extra for NHS treatments.

Most people (61%) reported not having had a dentist’s appointment since March 2020. However, respondents were more likely to say this if they had a lower income.

While half of the people (51%) from the highest socio-economic grade reported having an appointment, only 31% from the lowest said they have been to the dentist.

The polling also highlighted many of the issues that people have reported directly to Healthwatch:

Our polling indicates that the pandemic may also have affected people’s habits of seeing a dentist. Nearly a quarter (23%) feel they will now visit the dentist only when they need treatment, despite clinical guidelines recommending regular dental check-ups to keep people’s mouths healthy.

Respondents from ethnic minority backgrounds were less likely (26%) to say they will continue to see their dentist for regular check-ups when compared to white respondents (41%).

A similar pattern was also seen in responses from younger people and those from lower income households.

What needs to happen?

We believe that action in four areas needs to be taken to address the issues that people have shared with Healthwatch.

Find out more about our findings

Download our findings in full. If you need this document in a different format, please email enquiries@healthwatch.co.uk or call 03000 68 3000. 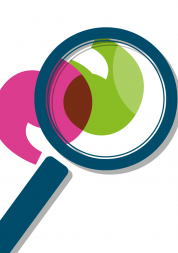 What are people telling us: July to September 2020
9 December 2020
Find out what the public has been telling us about health and social...
Find out more